Hydroxyapatite: Remineralisation and repair of initial carious lesions – including for children

Modern caries prophylaxis not only recommends adequate plaque removal by brushing the teeth and the use of dental floss, but also the regular and additional use of mouthwashes. In addition to cleaning the teeth, it is important that even the smallest tooth defects (initial caries) are remineralized as effectively as possible. Fluorides are able to accelerate the remineralisation process with the calcium and phosphate ions present in saliva. A new approach is the use of fluoride-free oral care products that contain hydroxyapatite. Hydroxyapatite can get into initial carious lesions and can also be effective with reduced saliva.

How effective is hydroxyapatite compared to fluoride, and chlorhexidine?

This single-blinded randomised clinical study was conducted with 81 children between 7 and 12 years old. The test subjects were observed over a period of one month and examined each week in small groups at the university hospital (Mansoura/Egypt). The participants were divided up at random into three equal groups (27 children each): hydroxyapatite, fluoride, chlorhexidine. During the weekly examinations, each participant was given a neutral bottle with enough mouthwash for two uses per day (after breakfast and before going to bed, 5 ml per use for 30 – 60 sec.). The parents were instructed to monitor their children when using the mouthwash. As well as using the mouthwash, the children continued their normal at-home dental and oral care regime. The measured clinical parameters were plaque formation, gum health and mineral loss in the first molars. The parameters were defined during the weekly examinations as well as two weeks after finishing use. For the analysis, the groups were compared with each other (t-test) and the results within the group were compared.

The data of a total of 76 children were included in the analysis. The reduction of plaque was equal in all three groups. For chlorhexidine, the reduction could be detected earlier than with hydroxyapatite and fluoride as the active substance. Gum health improved considerably compared to the initial value in all three study groups. While an improvement could be seen after 4 weeks with hydroxyapatite and chlorhexidine, this improvement could not be seen with fluoride until 6 weeks later. In the hydroxyapatite group, enamel defects showed improvements after 1 week, whereas an improvement in the fluoride group could only be observed after 2 weeks. As expected, chlorhexidine had no effect on repairing the enamel. 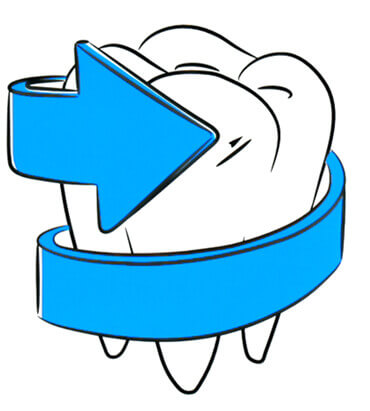 The publication of the study can be found here.